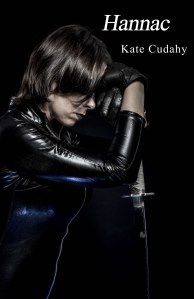 Storm clouds gather over Hannac. Bruno Nérac will stop at nothing to get Meracad back, and has vowed to set the North ablaze in revenge. Will Hal and Meracad’s love overcome such fearsome odds? Find out as the story concludes in Hannac, the sequel to Hal.

Chapter One: The Spring

The hard iron blade of the ploughshare bit into wet turf, driving open a deep groove in the dark, fertile ground of the lowlands.

“More to your right, lass!”

Hal repositioned the iron frame of the plough and clicked softly with her tongue, coaxing the shire horses across the open field.

“Aye, that’s it.” Franc pushed his broad-brimmed leather hat back onto his head and nodded to her in approval. “We’ll make a farmer of you yet!”

“Not if I can help it,” she muttered to herself, straining against the weight of metal. Sweat dripped down from her forehead into her eyes and she wiped it away with the palm of her hand. The weeks spent outside learning the trades of her father’s tenants had left her tanned, leaner in appearance. For the first time since she had left the court as a child, she had allowed her hair to grow and now her fringe found its way into her eyes, forcing her to stop every now and then to rake it back with her fingers.

“This is harder than the smithy!” she complained.

“Oh, get on with it and cease moaning. I simply want you to see what it is our tenants do – how their lives change with the seasons. If you don’t understand it yourself, the place will turn to rack and ruin after I’ve gone.”

She sighed and reined in the horse, wiping her hands on her shirt. “Franc, you’re not even an old man yet. We’ve decades ahead of us for you to teach me all of this.”

“Ah, there’s no point in procrastinating, lass. Especially on a day as rich as this.”

She had to admit it was as perfectly-tuned a spring morning as any she could imagine. A light breeze blew clusters of clouds surging across a sky of the keenest blue. They were working open fields half way between Hannac and the shores of Brennac, which she could make out clearly, the sunlight reflecting off its water. The scent of peaty earth rose up to her from the land they had just furrowed, and the bleating of new-born lambs carried on the air from near-by fields.

Franc made his way over to her and offered his flask which she took with gratitude. “Besides,” he continued, “if you’re out here with me, you can’t be harassing that poor lass. She’s enough to worry about.”

“Is that what you call it? All I ever see is you running around after her, fetching her food she doesn’t even want, begging her not to go anywhere without you, getting jumpy if she has the slightest ache or pain. She’ll feel much better if you just stop fussing.”

“Franc, I love her.” She turned around to look back at Hannac atop the plateau, shielding her eyes against the sun. “I fear for her.”

“I’ve told you both more times than I can count. When it’s time, I’ll send word to Marta Ilenga. She’s an authority on medicine. In the meantime, you ought to give the lass a little time to herself.”

Hal sighed and turned her attention to the plough once more. She knew he was right. Meracad herself complained that Hal fretted too much, haunted by the conviction that the child’s birth was imminent. “There’s a month go to yet, Hal,” she would protest. “And you’d have me wrapped up to my eyeballs in blankets!”

But Hal wouldn’t listen. As the day grew closer, she seemed incapable of shirking off an irrational fear that something would go wrong. And she found that the only method of keeping those anxious thoughts at bay was to devote all her time to Meracad’s well-being. Franc’s solution had been to keep Hal occupied with tasks which would steer her out of the fortress and into the fields. At least, he told his daughter, the physical exertion and fresh air might leave her too exhausted to think about anything other than her bed.

As Hal set her back into the ploughing once again, she noticed a figure riding out from below the tree line of the plateau. The horse picked up speed as it reached the level plain of the lowlands, first cantering, then galloping in their direction.

Franc wafted his face with his hat, his expression impassive as he observed the rider’s progress across the landscape.

“Arec,” he said at last, straining his eyes to make out the burly figure of his chief man-at-arms.

Hal set down the plough and picked her way across the rutted ground. “What is it?” She asked Franc, attempting to quell the rising note of anxiety in her voice.

Arec thudded to a halt beside them and slid from his horse, his lungs heaving, sweat running from his bald head and down his face. “The child’s coming,” he managed to splutter at long last, in between inhaling long gasps of air.

“What are you talking about, man? It’s not even due yet. Hal, get back here!”

She was already astride her horse. Kicking her heels into its flanks, she urged it in the direction of Hannac.

Franc sighed and pulled his hat back on, swinging up into his own saddle. “You’ll finish this field?”

Arec was bent double, clutching at his knees and still working hard to recover his breath. He saluted in response as the Master of Hannac set off at breakneck speed across the fields in pursuit of his daughter.

There’d be no living with her after this, Franc muttered to himself. She’d be able to justify all her worrying and fussing. In spite of his conviction that she was overreacting, a doubt gnawed at him too. The baby was early – by almost a month. And Meracad was a strong, healthy lass, but who knew what pressures the birth might exert on her young body? He spurred his horse on, now trailing Hal up the bank of woodland below the fort. As the path narrowed, gnarled by rocks and tree roots, she jumped down and began to run, leaving her mount to fend for itself. His own horse struggled to keep up pace amid the limestone rocks and rubble which jutted from the hillside. He was lagging behind her as she sped, light-footed, grabbing hold of branches and creepers to haul herself upwards. Eventually he was also forced to dismount, dragging his own heavier frame up the steep side of the plateau.

She had reached the main gatehouse and was banging on the door impatiently to be let in.

“Hal!” He gasped. “Wait!” The inner door was pulled back and she raced through without a second glance. It had slammed shut before he had a chance to follow her through. He hammered on the thick oak panels with his fist. “It’s me, you fools!”

“Sorry, Sir.” A guard looked on in surprise as Franc pushed past him without a word, to catch a brief glimpse of the back of Hal’s white shirt as she disappeared inside the building.

The great hall was all but deserted. Just a few tenants sat at tables, busying themselves with drinking or playing cards while Elis and a pair of maids swept the rushes from the floor. Franc raced inside, in time to see Hal tear across the room in a frenetic whirl of arms and legs before leaping across a table at its far end and racing out the open door.

Elis passed him an earthenware pitcher and he drained half of it straight down, wiping his mouth with the back of his hand. “When did it start?”

Elis picked up the brush and leant on it, her brow creased with worry. “Two hours ago, Sir. She wouldn’t have anyone fetch you. She said she knew Hal would panic. But Arec couldn’t sit here, listening to her groaning.”

“Thank you, lass. At least there’s someone around here who hasn’t lost hold of their senses.”

Leaving the hall, he climbed the staircase to Meracad’s room and knocked softly on the door.

“Who is it?” Her voice was weak, strained as she attempted to disguise the pain under which she laboured.

Hal pulled open the door, her face and clothes torn and dirty from scrambling up through the woodland. Pale of face, her hair plastered to her forehead, Meracad lay beneath a quilt on the bed. Her jaw was tightly clenched and he knew that she was fighting against a wave of agony.

“Drink this, lass.” He held pitcher to her lips. She gulped down some water and then rested her head on the pillows, already exhausted. Franc put his hand to her forehead which felt clammy and feverish.

“You see?” Hal began. “You both told me not to worry and now look. We should have sent for Ilenga weeks ago.”

“She’s not alright, Franc. You can see with your own eyes. There’s something wrong!”

“Hal!” Franc’s voice was sharp with anger. He grabbed her arm and pulled her from the room, ignoring her protests and slammed the door shut behind them, his eyes bereft of all good humour. “Are you a midwife, Halanya? Look at me, girl! Are you?”

She forced herself to return his gaze. “No, I’m not.”

“Alright! I take your point!” She crossed her arms and leant back against the wall, defeated.

“Do you?” His voice was laced with irony. “Because the only thing we can do now is to keep the lass comfortable and wait for Marta Ilenga. Instead, you’re running around like a chicken with no head and causing her more pain. Now if you want to help her, you’ll go back in there and reassure her and hold her hand until Ilenga’s here.”

He held Hal back as Meracad let out another piercing groan. “Promise me you’ll not panic. It won’t help any of us.”

“I can’t lose her, Franc,” she whispered.

He pulled her towards him in a rough embrace. “We won’t do, lass. We won’t do.”

Hal sat for what must have been hours holding Meracad’s hand, placing damp cloths on the girl’s sweating brow, feeling herself incapable of expressing those words of comfort that she knew were so important. Internally, she hovered on the edge of desperation, torturing herself with visions of a life alone. After all they had risked to be together, was it possible that Nérac should steal the final victory by proxy, having sown the seeds of Meracad’s destruction even before she had left Dal Reniac? How cruel life must be, to give them the hope of a few precious months of life together, only to snatch it from them at the last minute. She found her mind retracing the events of previous months, events which had bought them, if not a reprieve, at least a precarious freedom. And that, it seemed, was all about to be lost.