This was my first encounter with a Nora Roberts novel. And in all honesty, it’ll probably be my last. I got offered a free e-book from Amazon and as I’d never tried any of Roberts’ work before, I thought I’d give it a go.

So there were some things I really enjoyed about it – I liked, for example, the snappy, quirky dialogue although I did have the feeling that living amongst people who were so witty all the time would be exhausting. I also appreciated the way normal life kind of bounced along with its own tensions and traumas, and those potential danger spots were subtly graded into the plot. I saw them coming but they still made me sit up and pay attention.

However, it is an incredibly slow mover. Not that there’s anything wrong with that, but the long descriptions of the hotel and its renovation just drove me mad. Seriously there are only so many references to grouting I can take in one book. Furthermore, the sub plot with the ghost was, well it was laughable. Not that I’m against a bit of the old paranormal in my fiction, but the ghost’s involvement in the lives of Roberts’ character was just too much to take.

And so, while I’m glad I gave it a chance I guess I’ll have to put this one down to experience.

A couple of years ago, I read J M Synge’s sublime work of anthropology/travel writing, The Aran Islands. It’s an incredibly special book for many reasons, one of those being the fact that it captures the final years of a culture on the brink of extinction, as modern forms of legal, industrial, political and economic organisation make inroads into the islanders’ traditional ways of life.

Yet, one of the most poignant and significant aspects of the work for me, was the emphasis it places on story-telling. Narratives were central to life on the Aran Islands, and storytellers occupied a fundamental position for Gaeltacht communities. Their purpose was not just to entertain, but to provide a sense of identity: to bring order to an existence which was, as Synge points out, often blighted by tragedy. As fishermen and sailors working the Atlantic, the Aran Islanders’ lives were dictated by the weather, by a harsh, unforgiving environment, and by extreme, unrelenting poverty.

What distinguishes the narratives of Aran storytellers from, say the written prose of their British and Dublin counterparts – novelists and writers of short stories – is the fact that originality is an alien concept. The same stories had existed amongst the islanders for centuries – gradually twisted and changed, weather beaten like the ‘wet rocks’ on which the Aran communities lived. Synge, for example, realises at one point that a story he is being told is a Gallicised version of The Merchant of Venice. The story teller is unaware of this. His only interest is to keep his audience’s attention gripped. And at the same time, the audience themselves become a part of that story, as they interact with the narrator, offering suggestions, encouraging or criticising.

Which brings me to my analogy with the internet. This form of orality apparently died out, we are led to believe, forced into extinction itself by the printed word and the concept of originality. And yet, the emergence of websites such as Wattpad, Authonomy, Scribophile or Figment would suggest that somehow it never really went away – that it’s actually come back and it poses a serious challenge to mainstream channels of publishing, or of concepts such as the writer working out her lone career in glorious isolation. Because now, when we write, we’re not alone.

Now readers are becoming as much a part of the writing process as the author herself, just as Synge’s islanders interacted with their storytellers by altering and remaking a narrative every time it was relayed. The appeal of writing on a website like Wattpad lies in the fact that it is a genuinely collaborative process. As readers offer their opinions and suggestions, the tale is twisted, changed, swings from its original axis and spins off onto alternative pathways that the author may never even have envisaged. And there is never any ‘definitive’ version. Once the story is out there, it becomes the subject of infinite revisions, emerges as an improvisation, surpasses the textual limitations of the traditional, printed work.

Obviously there are many out there who still decry self-publishing. It leads, some argue, to an inevitable race to the bottom, as amateur writers churn out derivative works, lacking in imagination, flawed by weak grammar and limited vocabulary. I would agree to the extent that however we choose to publish our writing, there is no excuse for poor editing or plagiarism. It is an insult to the reader’s intelligence. And yet, is it not the case that those current criticisms of the indie press bear comparison with the sidelining of oral traditions in the past?

The new push to self-publish presents opportunities for writers to engage and communicate with their audience: opportunities which break down the barrier between author and reader, challenge concepts of originality and reconceptualise writing as a genuinely collaborative process. That’s something I’ll always be in support of.

Rowena Wiseman’s short story “Bequest” is proof that self-publishing sites such as Wattpad are now home to some of the most original and provocative creative writing around. “Bequest” tells the story of Leonard, a retired history teacher, who spent an earlier period of his life as a living objet d’art, his skin serving the canvas for artist X’s tattoos. The narrative follows the gradual disintegration of Leonard’s sense of self as he wrestles with the fact that X has in fact exploited him and that the National Gallery of Australia is unwilling to accept the bequest of his tattooed body.

Leonard is a man who is left behind – swallowed up and spat out by the art world and by a changing society from which he is increasingly if unwittingly isolated. As his consciousness gradually unravels, the ink on Leonard’s skin blends with his imagination to the point at which the boundaries between fantasy and reality become blurred. Ms. Wiseman’s sensitively narrated tale encompasses themes which range from attitudes towards aging and senility, the fads and superficiality of the art world, and social isolation. The prose is both fluid and elegant, a story which commands the reader’s attention from the very beginning and gently eases in its profound and provocative message. Strongly recommended. 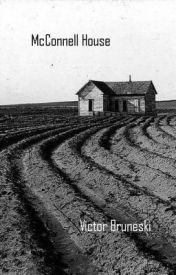 This is one of the books which really persuaded me that Wattpad was a place I wanted to be.

In many respects, McConnell House displays all the ingredients of a classic horror story: a haunted house, a series of psychotic inhabitants and a detached, ironic style of narration which intensifies the creepiness of this book.

Passed from the hands of one (frequently dead) owner to the next, it might be said that the house remains the one constant throughout the story. It is a building which absorbs the lives and, potentially, the souls of all those who come into contact with it.

What really sucked me into this story, however, was the fact that the author has done his research when it comes to scene setting. As the house makes its sinister progress through the twentieth century, local tragedies are pitched against social upheaval and change. And rather than make this feel like a lesson in twentieth century Canadian history, the detail is carefully worked into the narrative, adding realism but never detracting from the storytelling.

The dialogue is persistently snappy and entertaining, the tension builds to a genuinely frightening climax, and Bruneski’s characters are well-rounded and three dimensional. This is first class horror in the vein of Stephen King/James Herbert.

So I was really pleased when WyldPatienz agreed to this interview. Wyld is one of my favourite writers on Wattpad. Her story The TwiceBorn is a triumph of LGBT fantasy fiction, following the fraught relationship between Alora, feared by humans as the very embodiment of evil and Islinn, a woman battling with her own demons as a former slave. It’s a truly beautiful book and I can’t recommend it enough. 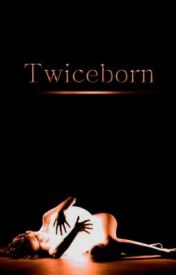 Think Rabelais for the twenty-first century and you’ll be coming close to the dark, violent humour which drives this amazing book. This is narrative which just goes to prove that independently published fiction often dares to courageously push at boundaries that mainstream publishers might be wary of.

In a fragmented global economy, the characters in the first volume of Dean C. Moore’s Renaissance 2.0 go ‘postal’ in a range of disturbing, unexpected ways. Surviving in this off-kilter parallel world is a question of accessing mind-evolving drugs or technology. Social-adjustment, well-being and stability are very much relative concepts, and notions of gender and sexual identity have become so fluid as to have been rendered virtually irrelevant.

Moore’s characters are often obliterated from the Carnival almost as soon as they emerge: ‘ensemble players’ who fade in and out of view. Thrown into the middle of their stories, the reader is swept into an environment in which the only way to respond to the fall-out from an economy in meltdown is through acts of extreme violence or, in some cases through chemical mind-expansion. The human psyche is simply not strong enough to cope alone with the forces to which it is exposed. There are, however, a few characters who anchor the narrative around a series of plots which reflect the larger crisis at hand. These include Robin, a policeman attempting to come to terms with the fact that his wife has opted for a sex change in order to secure her position amongst the social elite, and Hartmann, a super-human college professor whose experimentations on his own students have devastating consequences.

It is not, however, simply Moore’s narrative experimentation which makes this such a powerful read. The pyrotechnics of his prose are reminiscent of Martin Amis, in terms of the zest which Moore extracts from his language, and dialogue which drips with black, cynical humour. This is writing which throws into relief the failings of our own globalised society – which takes the dynamics of twenty-first century living and pushes them to their extremes. It is a fable for our times, and I strongly recommend it.

So this is the first week Hal’s been available on amazon. She’s doing pretty well – and I’d just like to thank anyone who bought a copy. If you have the time, I’d really appreciate it if you could leave a review to let potential readers know what to expect.

I’d really like to thank Rob May for sharing his advice and experience of e-publishing with me. His Kal Moonheart series has been a source of inspiration.