To be honest, I was in two minds as to whether or not I ought to give Nutshell a read. I mean, I love Ian McEwan’s novels – he’s an absolute master when it comes to manipulating the reader’s expectations. But I just had this feeling that this was one literary conceit too far. Hamlet retold from the perspective of an unborn child? Please.

I don’t think I’ve ever been so mistaken about a book before. This is such a masterpiece in terms of the way McEwan turns his source material on its head and also because of the dark simmering wit which runs through the entire novel. Our foetus soliloquizes – because I guess the unborn are natural soliloquists – on the impending betrayal of his father, on his mother issues and on the nature of the world he’s about to be born into with all the verve of an accomplished raconteur. And he’s also something of a wine connoisseur – his mother Trudy is drinking for two – a uterine philosopher and ultimately, like his father, a poet. But this isn’t just one long Shakespearesque monologue. The story also works perfectly as a thriller, and it leaves you guessing right up to the end how on earth McEwan will translate the bloody, corpse strewn finale of Hamlet into a contemporary tale of marital betrayal. Take it from me, it’s worth waiting for.

After reading Nutshell, I decided it was time to revisit Hamlet itself. There’s a great podcast discussing all aspects of the play from the BBC radio series In Our Time here: 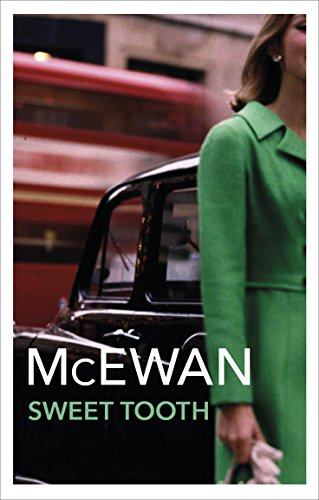 Oh Ian McEwan, the big tease – master of the great turnaround, the twist that has his readers jumping from their seats, hurling the book across the room in amazement. A twist you instinctively know must be coming, but which nevertheless fails to shock. You think you’ll see it before it hits, and then at the very last moment, McEwan pulls the rug out from under your feet.

But it’s not the twisty-turny aspect of McEwan’s narratives which gives them their sap. It’s rather the handle he has on his characters’ moral tuning: the way he gradually raises the emotional temperature until the story is, to overcook a metaphor, on the boil. As Serena Frome agonises over her role in Sweet Tooth, an MI5 operation aimed at wringing political purchase from cultural endeavour, so does the reader.

Posing as the representative of a foundation which supports the work of young artists, Serena offers young novelist Tom Haley a stipendium which will enable him to give up his work as an academic and focus purely on writing his first novel. The rightist bent of Haley’s short stories is considered another potential weapon in the cultural war against communist propaganda. And the fact that Serena then falls in love with her mark prevents her from warning him of the potential trap into which he is about to fall as a dupe of the secret service.

One suspects that McEwan also had a lot of fun while writing this book, with his knowing references to the ‘up and coming’ authors of the 1970s, like Martin Amis, or the ‘new-fangled’ Booker prize. But at its heart, this is a novel which has very serious things to say about artistic integrity and the precarious relationship between politics and literature. And fundamentally, it’s a love story, and a beautiful one at that. Reading Sweet Tooth was yet another reminder of just how adept McEwan is at calibrating the vagaries of the human heart.